How to Entertain Young Children Without Video Games or TV - TechAddiction

NOTE: The views and opinions expressed in guest articles are solely those of the author and are not necessarily the views of TechAddiction and/or Dr. Conrad. 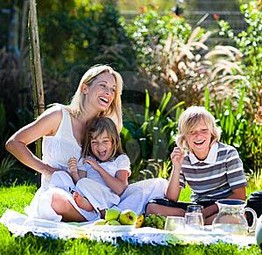 In this tech-crazed era many children spend their childhood days planted on a couch or in a chair watching mind-numbing TV or learning to navigate through different worlds and defeat enemies on video games. Long gone are the days that kids readily ventured outside to play, where staying indoors was a punishment not a privilege, and where using your imagination was a valued skill. However, despite the fact that this is becoming a way of life for kids everywhere, childhoods filled with video games and television shows don’t have to be the norm, and these five different activities will easily entertain children without relying on technology:

1. Have at-home field days: Set up stations around the yard with jump ropes, pogo sticks, sidewalk chalk, bubbles, and other outdoor activities. Set time limits for each station, letting the kids play at each one for 5-10 minutes before moving onto the next. It’ll be a fun way to get everyone active and running around outdoors.

2. Have a weekly game night: Instead of having weekly television shows that the family watches together have a weekly game night. Each week a different family member can choose the board game that everyone will play, giving each person a chance to choose their favorite, and the night can be spent around the table face-to-face instead of zoning out in front of the TV.

3. Make your own crafts: Help kids make different crafts such as homemade play-dough or finger paints. This is a great way to help encourage creativity and to take up an entire day, because the morning can be spent making the actual crafts and afternoons can be spent playing with them.

4. Encourage active hobbies: Instead of letting your kids get involved with video games from a young age, limit time spent in front of the television and encourage active hobbies instead. These can range from team sports, such as soccer or basketball, to bike riding, swimming, or running – anything that gets your child outside and moving. This can also help foster a love of exercise, something that will be a valuable interest to have throughout their lives.

Despite the overwhelming number of kids who live for playing video games all day or watching television shows into the wee hours, this lifestyle doesn’t have to be the social norm. Actively providing alternate activities and encouraging other interests can help break kids free of the addiction to being in front of the television, and make them more well-rounded individuals with varying hobbies. And don’t forget, it is up to parents to set the example, so promoting more stimulating and fulfilling activities through actions is imperative to instilling the same values in your kids.

Kelsey Clark is the editor in chief for findananny. She loves to write article and ideas that parents & nannies would be interested in hearing.

Related & recommended pages on this topic:

Thank you for visiting TechAddiction! We hope you find the info here helpful.
Please take just 1 second to click the "Like" button.

Many thanks - we really appreciate it!